You may also be interested in: Haltom City Beautification Board

In 2017, members of the Haltom City Parks Board began exploring the addition of a handicapped accessible playground to one of our parks. After conducting extensive research and sharing their findings with city staff, installation of an “all-access” playground at one of the city's parks became a top priority.

Board members and staff invited teachers and families of students with special needs to attend meetings, share their challenges and describe features they would like to see in a playground. The goal was to ensure their children & students could engage with, and play alongside, any other child or student. During the process, Parks and Recreation Director Christi Pruitt attended a PlayCore professional development session to learn about research-based best practices in playground design. The initiative identified strategic partnerships, such as schools, non-profits and local advocates, who share the goal of building stronger communities through the power of play. GameTime, a commercial playground equipment manufacturer, in partnership with PlayCore and the Texas Recreation and Park Society (TRAPS), made a commitment of up to two-million dollars in matching funds for TRAPS agencies who submitted applications for assistance with the development of playground spaces that encourage best practice designs for active behavior. City staff submitted an application for the grant and were thrilled to find out that Haltom City was selected as one of the 2019 grant recipients. Haltom City will be recognized at the 2020 TRAPS Annual Conference in February.

Dr. Michal Anne Lord, Executive Director of TRAPS, said “We’re excited to once again help local communities put research into action through the power of play and recreation. Congratulations to Haltom City and the 22 other newly designated National Demonstration Sites in our state.” The new “all-access” playground will be constructed on the south side of the entry way at Haltom Road Park. It will feature wheelchair accessible play structures, as well as musical and sensory elements. Twenty-three additional parking spaces will also be added as part of this project. Parks Director Christi Pruitt said “Staff and the Parks Board all agreed Haltom Road Park was the ideal location for this special playground, the first in Haltom City. Situated alongside the Veterans Memorial, we believe it will create a multi-generational educational play space for all of our visitors.”

Construction of the playground is expected to start in September and additional parking spaces will be added after the new playground is installed. A grand opening event to celebrate this new play space will be held upon completion. 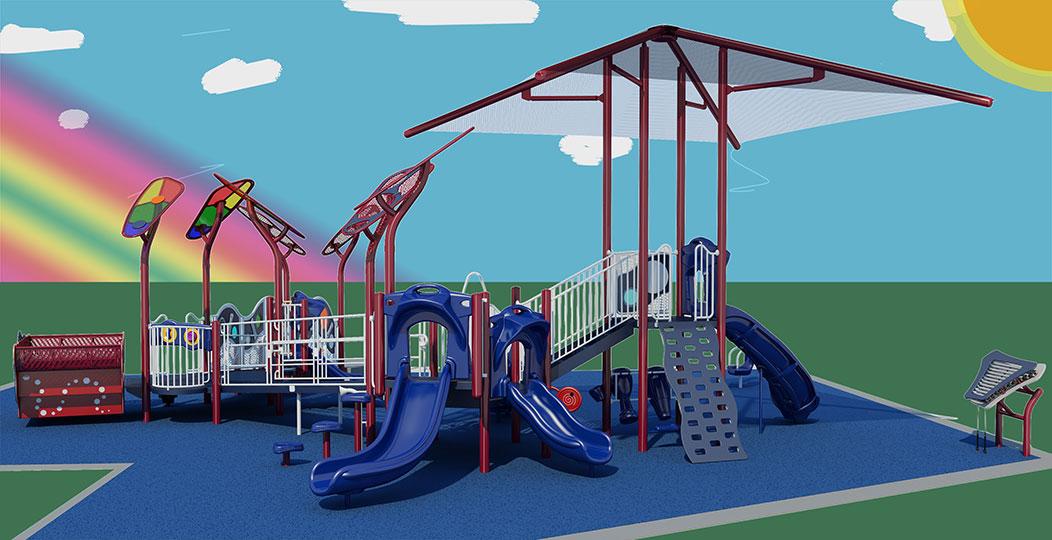 You put up the lights to Keep Haltom City Beautiful and we did the judging. Congratulations to the…