The Haltom City Fire/Rescue Department is comprised of four divisions.

Containing the office of the Fire Chief, the division of Fire Administration directs the administrative and operational activities of Fire/Rescue, encompassing the coordination of agreements, budgeting, policy and program development, data collection and analysis, resource management and public information.

Appointed Fire Chief in January, 2019, Fire Chief Brian Jacobs has been with the Haltom City Fire Department since 1999. Working his way through the ranks, he has served on all three shifts of the department.

Chief Jacobs was born and raised in Haltom City, graduating from Haltom High School. He continued his education with Tarrant County and Weatherford Colleges, earning several Texas Commission on Fire Protection Certifications and a degree in Fire Administration. 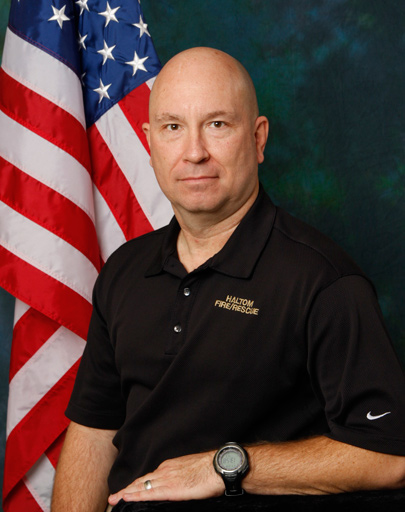 He holds five degrees, including a Ph.D. in Leadership Studies. He is currently in the final year of the National Fire Academy’s Executive Officer Program, which is held in Emmitsburg, Maryland. Dr. Napp is married to Heather who is an elementary school teacher. 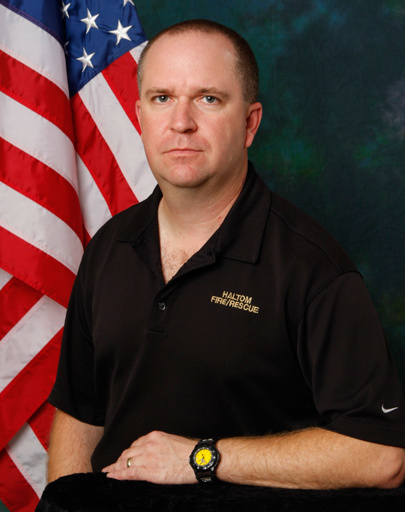 Battalion Chief Damian Vogle was appointed to that position in the summer of 2017.

The Division of Emergency Management is responsible for the warning system that notifies residents of impending dangerous situations that may endanger city residents and property.

Fire Services is supported by the Fire Operations Division, which conducts commercial inspections, multi-family inspections and public education programs. Fire Services performs new occupancy and follow-up inspections that focus on code compliance and enforcement. Fire Services conducts plan reviews for site development, building construction and fire-safety/suppression equipment within facilities. Fire Services coordinates all fire and arson investigations as well as activities and training with police and fire dispatch, R.A.C.E.S. volunteers and the Juvenile Firesetter Program. Each element of Fire Services is interrelated and focused being on prevention of injury and loss of life or property of Haltom City citizens and visitors.