Oncor Electric is still in the process of clearing downed powerlines throughout the city. Several streets remain closed due to these downed power lines. Always assume a power line is active. Do not touch it.

We are surveying the city to determined where houses have been damaged by falling trees and wind. If you have a downed tree on your property or, specifically, on your house, the homeowner/property owner is responsible for the removal of the trees. Often, homeowners insurance will cover storm damage such as what we saw last night. For homeowners, especially those with trees on their structures, call your insurance company to check on coverage, then contact a tree service. We will be posting names of tree service companies that the city commonly uses. The city is exploring other options for home/property owners who cannot pay for tree services. Hopefully, we will be able to let you know more information today.

If you have a large trees on your home or that are threatening to fall on your home, DO NOT ATTEMPT TO CUT THE TREES DOWN UNLESS YOU HAVE EXPERIENCE IN CUTTING TREES. Please reach out for assistance.

If you have large trees on your home or that are threatening to fall on your home, do not attempt to cut the trees down unless you have experience in cutting trees. Please reach out for assistance.

At approximately 4:00 p.m. on Tuesday, May 28, 2019 the Haltom City Fire Department was dispatched to the intersection of Haltom Rd. and Vicki St. for a reported gas leak. When the fire department arrived it was discovered that a 1 inch gas main was struck by a contractor, causing the leak. Atmos Energy was notified and the fire department began monitoring the situation. A strong south wind is aiding in dispersing the gas.

At 8:15 p.m., Atmos Energy stated they should have the leak stopped by 8:45 p.m. and repairs completed by 10:15 p.m. While the repairs were being made, three homes near the scene will be without gas service.

Both the HCFD and Atmos Energy are monitoring gas levels in the vicinity of the leak. 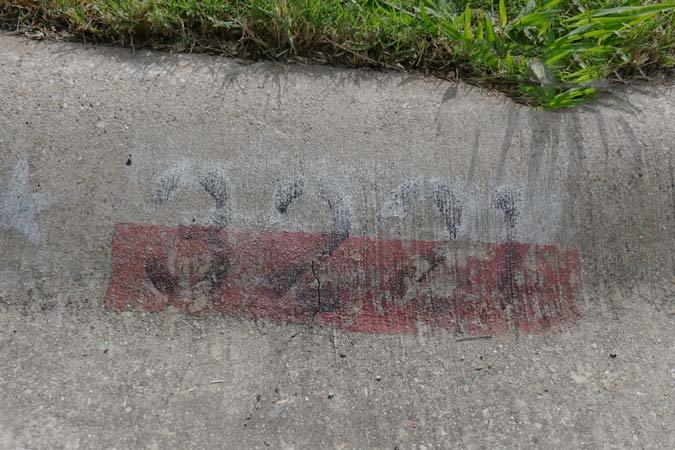 The Haltom City Police & Fire/Rescue Departments would like to emphasize that single family dwellings should have their street address number clearly visible, sized at  3.5" by .5”, with contrasting colors. The address can be displayed on the curb/driveway approach, mailbox or home dwelling.

There are a number of homes in the Haltom City that either don’t have addresses clearly visible or they are in such poor condition (faded, hidden or plain missing) that they are extremely difficult to see, especially at night. This hinders/slows emergency services should they have to respond to such an address.

There are several do-it-yourself address marking kits online and at local stores that are cheap and effective.

The International Residential Code states that:

“The 2012 International Residential Code R319.1 and 2012 International Fire Code 505.1 state single family dwellings shall have approved numbers of a minimum 3 1/2" in height, minimum spacing width of 1/2" and a color contrasting with the background (structure, mailbox or curb) clearly visible and legible from the street fronting the property and rear alleyway where such alleyway exists. Where access is by means of private road and the building address cannot be viewed from the public way, a monument, pole or other sign or means shall be used to identify the structure.” 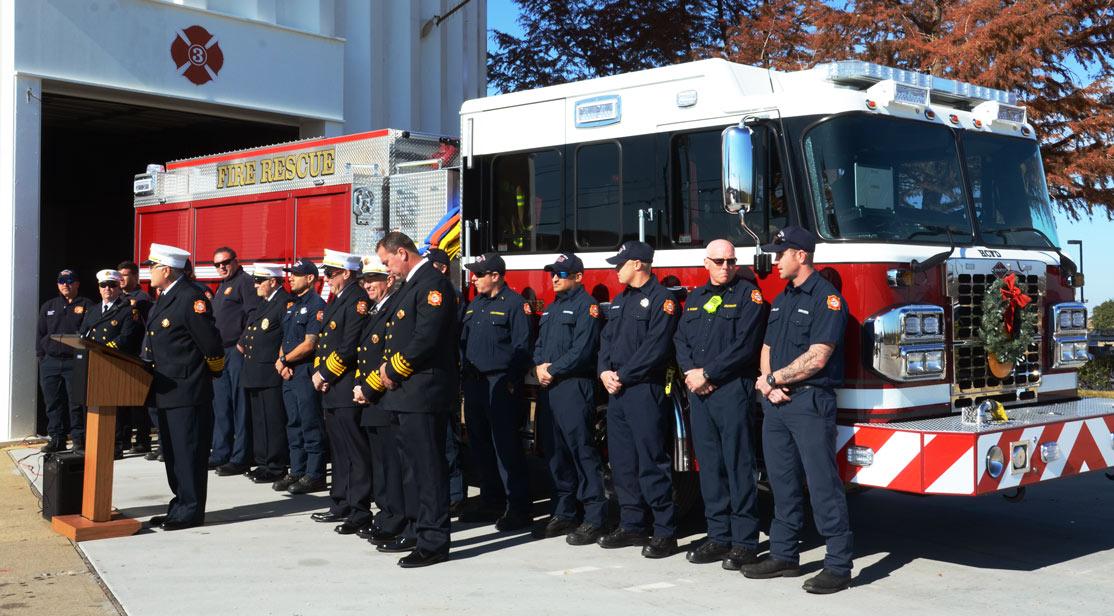 Engine E473 is equipped with a 750 gallon water tank, capable of pumping 1,500 gallons of water per minute. It is equipped to handle a multitude of hazards, including, but not limited to: all types of fires, vehicle accidents, emergency medical calls & rescues.

The "wet-down" and "push-in" ceremony, a firefighting tradition when housing a new fire apparatus, was held on November 26, 2018.

The Haltom City Fire Safety Squad is an educational characterization group put together by your Haltom City Firefighters. The squad is a part of the Texas LAFS (Life and Fire Safety) Association. The Safety Squad’s goal is to reduce injuries caused by fire, or other emergency situations, by educating through puppetry, characterization and clowning.

Fire safety week takes place annually in October. During this time the Safety Squad clowns will be out visiting schools in the Birdville Independent School District. The Safety Squad focuses on a variety of topics, including when and why to call 911, EDITH (Exit Drills In The Home), tools vs. toys, bicycle safety, gun safety, pool safety and much, much more!

Although the clowns focus primarily on fire safety week, you can see them throughout the year at various city functions.

The Safety Squad consists of: