Haltom City Fire/Rescue issued a proclamation recognizing the responsive actions taken by staff after a teacher collapsed during the school day. The proclamation was presented at the July 23rd, 2018 City Council meeting.

On Thursday, May 24, 2018, Haltom City Fire Department responded to a call regarding an “unconscious person” at North Oak Middle School, located at 4800 Jordon Park. The response to this type of call is one that the fire department makes too often, with an outcome that is rarely a positive one. This call, however, would prove to be something special, one of those calls that even in the fire service you might only see once in a career. Due to the efforts and training of some wonderful people who worked together, a man’s life was saved.

Mr. Allen Hopkins was filling the role as substitute teacher at North Oak Middle School on that Thursday morning. He had a break between classes and had just entered the teacher’s lounge. Alex Snider and Patrick Linwood were also in the teacher’s lounge. Alex stated that he saw Mr. Hopkins walk in and collapsed, falling face first on to the floor. Alex immediately responded and rolled Mr. Hopkins over onto his back and began assessing the situation. Mr. Snider realized that he was going to need help and asked Patrick Linwood to call for help. Mr. Linwood was able to locate Principal Jennifer Klaerner and Assistant Principles Susan Dean and Andrew Lawver. Andrew immediately called for the nurse, Lily Kingsbury. 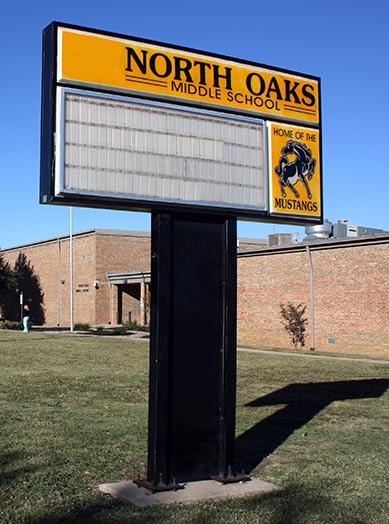 Upon her arrival, Nurse Lily Kingsbury quickly assessed Mr. Hopkins and asked Andrew Lawver to activate the AED team. The AED team consist of Assistant Principle Andrew Lawver, RN Nurse Lily Kingsbury, Educational Assistant Andy Ramirez, Educational Assistant Luis Ramos and Teacher/Coach Johnny Evans. Nurse Kingsbury instructed Alex Snider to retrieve the AED, which was approximately 50 feet from their location. The AED team members quickly arrived at the scene, where Andy Ramirez assumed chest compression duty from Lily Kingsbury, who had already checked for a pulse and had begun the initial chest compressions. Nurse Kingsbury began to give the patient mouth-to mouth ventilation as Andy Ramirez continued with chest compressions. Alex Snider returned with the AED and defibrillation pads were placed on the patient’s chest. The analyze button was pressed and a shock was advised. Everyone removed themselves from physical contact with Mr. Hopkins and the shock was delivered. The patient’s carotid pulse was checked and detected by the nurse. The patient began to have spontaneous movements. Chest compression were halted due to the patient’s response.

The time between Mr. Hopkins falling to the floor until the AED shocks were administered was less than two minutes. The timing that transpired in this scenario is nothing short of amazing. This was the best example of a team of individuals who responded and reacted to save a life.

School Resource Officer Carl Cage recognized the severity of the incident and contacted dispatch to tone out the Haltom City Fire/Rescue Department and Medstar. AED team member Luis Ramirez helped keep the scene safe by controlling the crowd and Johnny Evans assisted in going through the check list to assure everything had been covered during the stressful incident. The events of Thursday, May 24th, are proof that training and preparation, quick action combined with systematic thinking can save lives. On behalf of Mr. Hopkins and the Haltom City Fire/Rescue Department, I would like to acknowledge everyone involved and thank you for your actions. Your willingness to train and compassion to help someone in need saved a life that day. 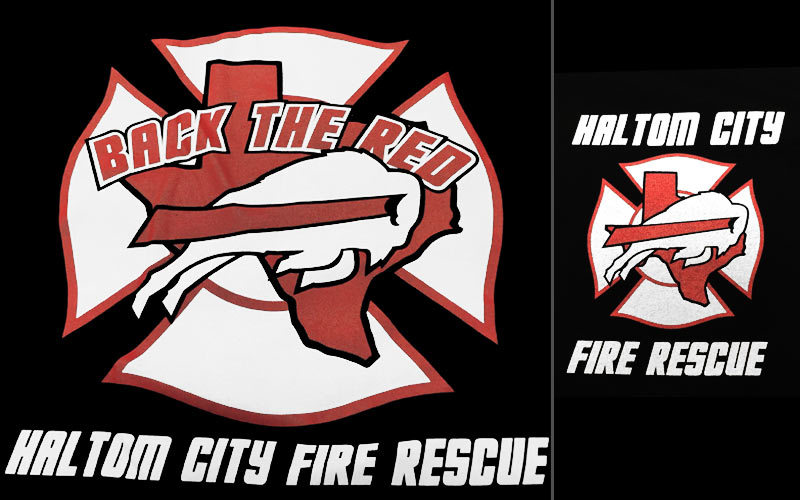 The Haltom City Fire Services Board has t-shirts for sale. All proceeds go towards supporting our Haltom City Fire/Rescue Department. Shirts are $20 and are available in sizes Small - XXXL.

Thank you for your support!

Inspectors with the Haltom City Fire Department will be out once again conducting inspections in businesses operating within the Haltom City. The goal of the inspections is to help make the city a safer place to live and work. When the inspectors arrive at your business, what can you expect? A common misconception is that the inspectors are only there to check on your fire extinguishers. Checking the fire extinguishers is important, but only one of many items they will be looking for.

The following is a short list of some of the items the inspectors will be checking:

This list in not all inclusive. The fire inspectors will talk with you about your business and how to make it safer. Each business owner will have 10 business days to address the violations noted on the inspection. Failure to address the issues can result in a fine or fines.

If you have any question, please call/email Deputy Fire Chief Fred Napp.

At approximately 0500 on the morning of March 14, 2016 an unknown suspect started a fire at the business located at 4010 NE 28th Street in Haltom City. As a result of the fire, a firefighter was injured.

Security cameras caught the act on video and the suspect is shown below. The suspect appears to be in his 30s or 40s with a short, dark beard and dark, close cropped hair. He is wearing dark shoes, what may possibly be tan or rust color overalls, and a dark jacket. When he arrives at the scene is he wearing a dark satchel over his shoulder. He is approximately 5’8”to 6’ tall weighing approximately 250 to 275 pound. The suspect may have sustained flash burns to his face and hands. The suspect is seen fleeing the scene to the north across NE 28th into the cemetery. 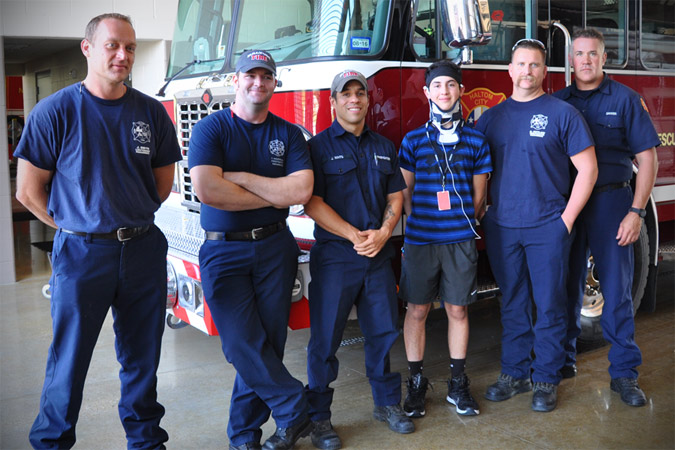 On the afternoon of September 30th, 2015, 14 year old Seth Brenes walked into Haltom City fire station to to say thank you to the firefighters who made a difference in his life. In order to understand the significance of the visit, one must go back to May 30th, 2015 and review the events of that afternoon.

The afternoon of May 30th, 2015 marked the end of the Seth’s eighth-grade school year. In order to celebrate, Seth and several of his friends held an “End of the School Year Party” at a residence in Haltom City. During the course of the activities at the party, Seth’s life changed. An accident in the backyard left Seth with a severe spinal injury with the loss of function in his legs. 911 was called and Haltom City firefighters, along with Medstar, responded to the scene.