The City Manager in Haltom City is responsible for day to day operations of the city. The Deputy City Manager also assists in these duties.

The Administrative Assistant for the City Manager's Office, Heather Hawson, can be reached by calling 817-222-7748 or by filling out the online contact form linked above. 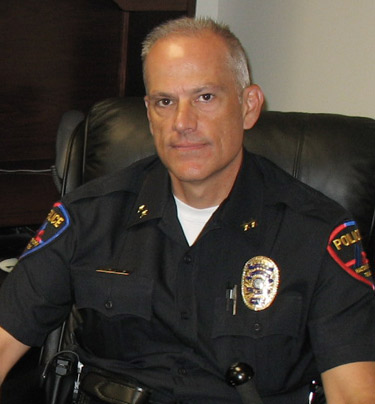 Keith came to Haltom City in 2009 after serving in the Keller Police Department, where he served for 22 years. He served in almost every division in the Department and retired as Commander of the Criminal Investigations Division.

Rex L. Phelps has been a public servant for the last 32 years. He now serves as Deputy City Manager for Haltom City. He previously spent several years as the Police Chief for the City of Brenham, TX, where he was eventually promoted to the position of Brenham Assistant City Manager.

Rex has worked many years within the Dallas/Fort Worth Metroplex, developing his managerial skills by serving in numerous capacities within law enforcement, including patrol, investigations, undercover investigations and administration.

He earned a Bachelor of Business Management from LeTourneau University and a Master of Business Administration from Columbia College of Missouri. He has also served as a board member for numerous civic organizations.

He believes an individual, a team or an organization can never be what they could be externally until they are what they should be internally. He developed the “One Habit of Highly Effective People based on E to the 4th Power – The key to an optimal employee culture”.