Recently Waste Connections has been unable to complete some trash pick-ups on the scheduled days. They did complete those routes the following day. In the event your trash is not picked up when scheduled please leave it out and it will be collected the following day. We apologize for this temporary inconvenience.

Due to the large number of positive COVID-19 cases in Tarrant County, recent outbreaks in certain city facilities and out of concern for the safety of our citizens and employees, City administration decided to close City Hall and the Public Works facility to the public effective Monday, December 21, 2020.

Although these buildings are closed to walk-in traffic, all city services are still being delivered.

For a full list of operational changes affected by COVID-19 see:

You put up the lights to Keep Haltom City Beautiful and we did the judging. Congratulations to…

Did you miss ordering a brick for the Veterans Memorial? You have another chance! Fill out the…

A space heater can be a cost-effective way to stay warm, but it can also be a fire hazard. In… 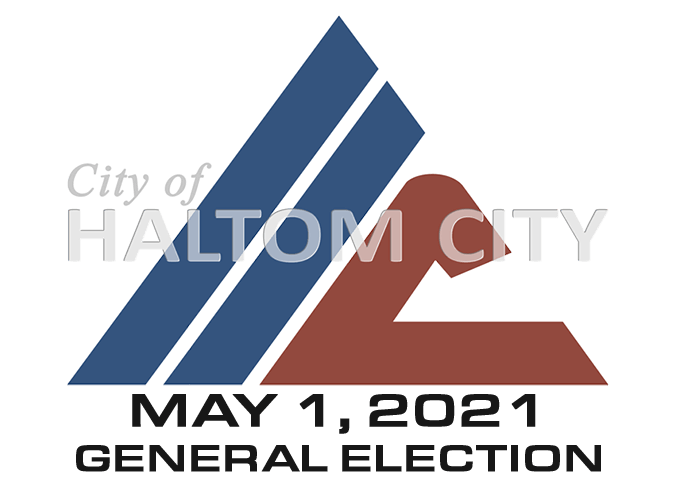 The City of Haltom City will hold a General Election on Saturday, May 1, 2021 from 7:00 a.m. to 7:00 p.m. to elect the Mayor and Places 1, 2, and 7 to the City Council. The Election Day polling place is the Haltom City Recreation Center at 4839 Broadway Avenue, Haltom City, Texas 76117; however, voters can vote at any Tarrant County polling location.

Early voting for the May 1, 2021 General Election will be Monday, April 19, 2021 through Tuesday, April 27, 2021. The primary early voting location in Haltom City is the Recreation Center; however, voters can vote at any Tarrant County polling location.

To be qualified to serve on the City Council, each of the seven (7) Council members and the Mayor shall:

A member of the Council who ceases to possess any of the qualifications specified in this section for a period of sixty (60) days following notice from the City Secretary regarding same, or who is convicted of a felony while in office, shall immediately forfeit the office and the City Council shall proceed to fill the vacancy in accordance with Section 3.06 of this Charter.